Climbing is becoming more and more popular as it is now an Olympic sport as well. We compiled a list of some of the celebrities who have found this great sport.

Jared began climbing in 2016 when he was filming his climbing documentary series ‘great wide open’. Since then he has climbed around the world and with famous climbers like Alex Honnold and Tommy Caldwell.

Leto has been climbing sport and trad climbs in Yosemite, Red rock canyon and Sardinia. In 2020 he has a near death experience when climbing with Honnold in Red rock as his rope was frayed by the rock.

Leto is collaborating with The North Face and plays Paolo Gucci in the House of Gucci movie. The partnership between these two companies has been mocked by the climbing community for creating ‘expensive disposable clothing’ and for its promo pictures featuring people hiking in the expensive and impractical clothes. Leto has been one of the faces of the companies and has received some criticism for this.

Leto is known for his roles as Joker in the suicide squad and Michael Morbius in the Morbius movie . He is also the vocalist in 30 Seconds to Mars. Leto also plays guitar, keyboards and bass.

You can watch the great wide open show for free on youtube: 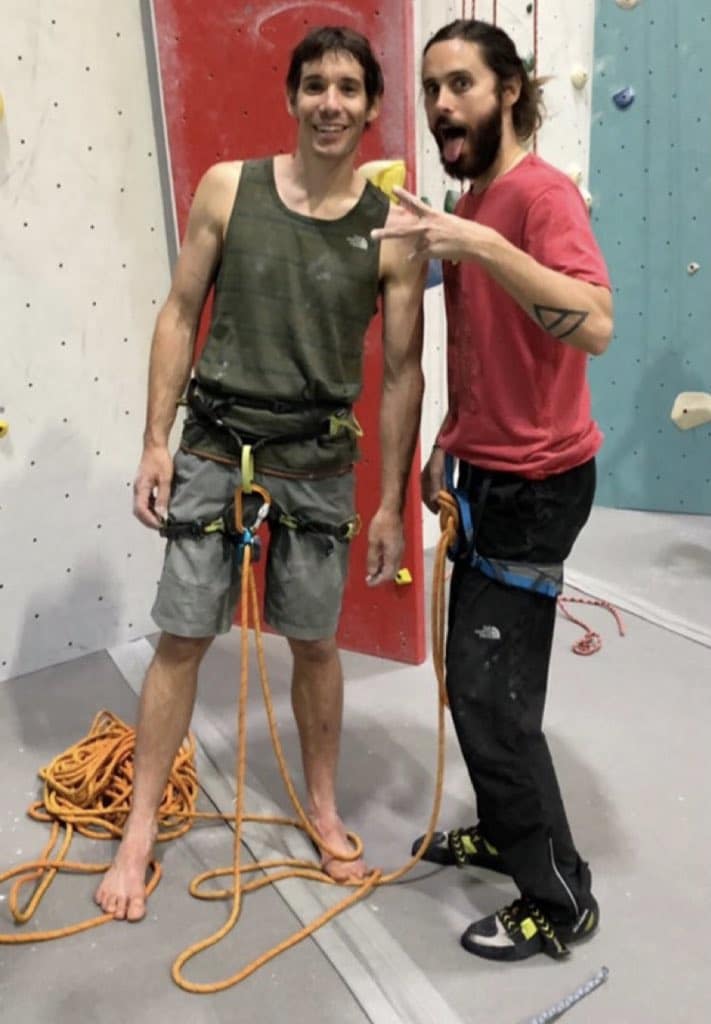 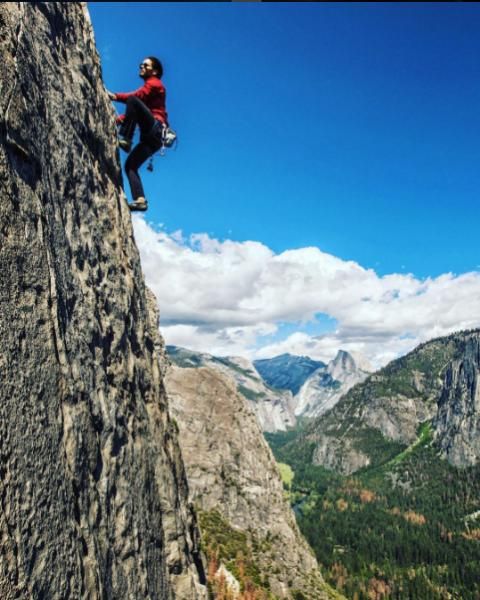 Jason started rock climbing in Needles, South Dakota as a teenager and later met with Chris Sharma in Hueco tanks. The problem solving in bouldering and being outdoors are what really intrigues Momoa in climbing.  Also the culture and society around climbing and skating are important for him.

Momoa enjoys climbing and the outdoors with his kids, but he also travels and climbs with some of the most famous climbers in the world. Jason has often been climbing with Chris Sharma, Alex Honnold and Jimmy Chin.

Jason is one of the owners of On the Roam production company and they are in partnership with So Ill to make climbing and outdoors gear. Momoa is well known for his acting roles in Game of thrones series and the Aquaman and Dune movies.  He is also a writer and a producer. 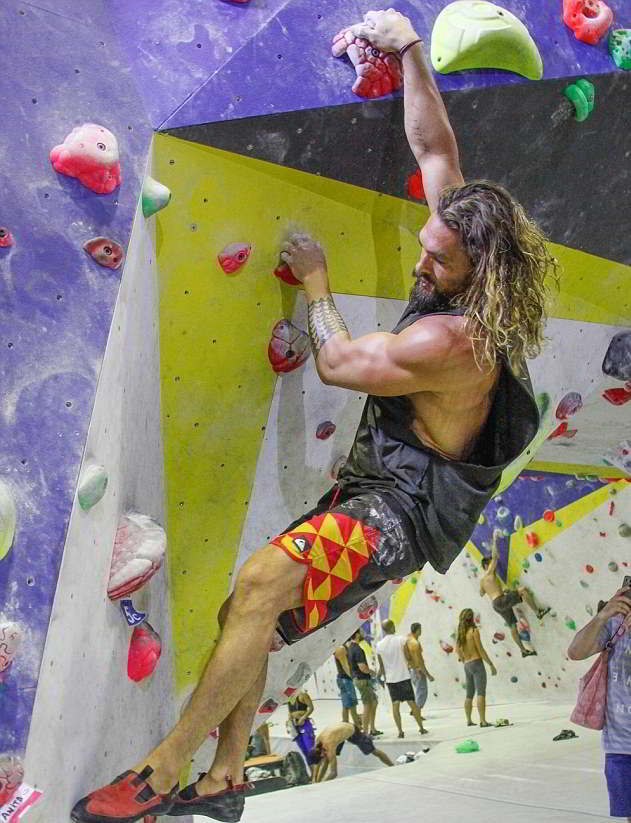 David Lee Roth started climbing in the sixties at the age of 11. He was a member of the boy scouts and was introduced to climbing through them.

Diamond Dave is famous for his musical career in Van Halen and his solo albums. One of his most famous albums the skyscraper has a photo of him aid climbing on the wall of Half Dome in Yosemite. There is also video material of this trip on the music video of  ‘just like paradise’. 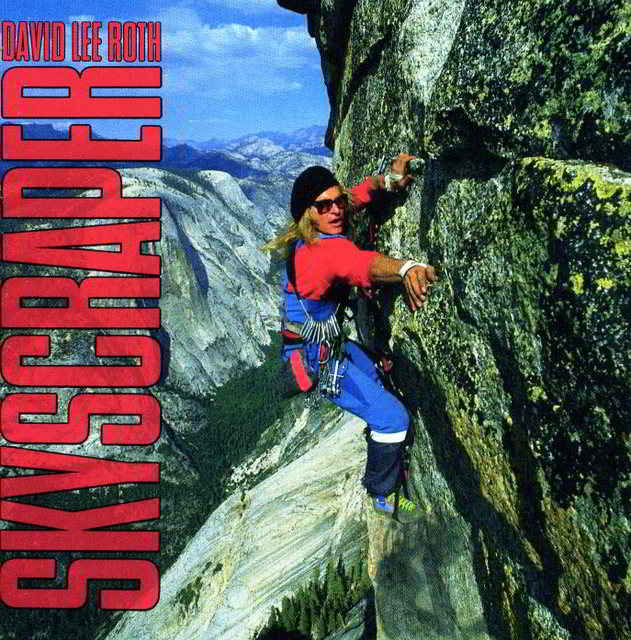 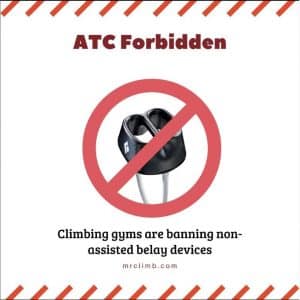 Are aTCs moving out and ABDs the new norm? Many climbing gyms have banned devices that do not have assisted braking. This includes most ATC 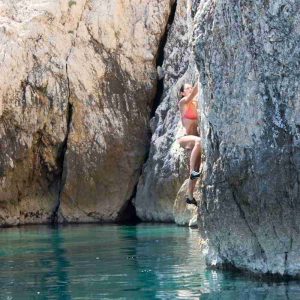 Deep water soloing – How and where to DWS

When you get more into climbing you are likely to stumble upon deep water soloing or psicobloc. This is a type of climbing where you 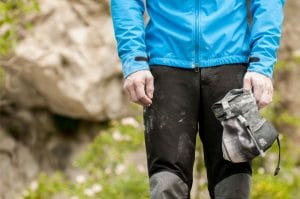 Bouldering bag – review of the best bags for bouldering

Bouldering is a great workout and for many a way of life. Others like bouldering as a way to get stronger for tougher rope climbs.

Belay glasses are used to save the belayers’ neck from strain. We wanted to review the available belay glasses to find out which ones are 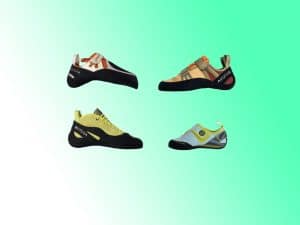 Butora is a Korean climbing products company that is mostly know for their affordable, but still quality climbing shoes. We have done reviews on several 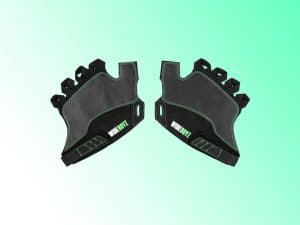 The wideboyz have become the poster boys for crack climbing and especially off-width climbing. Therefore its great to get a pair of crack climbing gloves

Mrclimb.com is a participant in the Amazon Services LLC Associates Program, an affiliate advertising program designed to provide a way for websites to earn advertising revenues by advertising and linking to Amazon.com.

The activities described on this website can be very dangerous. DO NOT participate in these activities unless you are an expert, have sought or obtained qualified professional instruction or guidance, are knowledgeable about the risks involved, and are willing to assume personal responsibility for all risks associated with these activities.